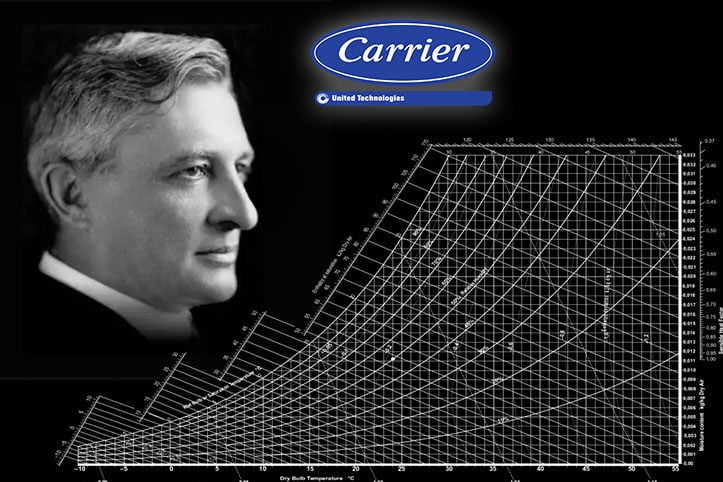 An invention that changed the world!
Willis Howland Carrier, the inventor of air conditioning, is the founder of this company. In 1902, Willis Carrier solved one of mankind’s most challenging challenges by controlling the interior through modern air conditioning. His invention promoted countless industries and promoted global productivity, health and personal comfort.
For nearly two decades, Carrier’s inventions provided the place for temperature and humidity to be scientifically controlled in industrial environments.
In 1986, Carrier patented his first invention, an air purifier. South American textile mills were among the first users of the new carrier system. Lack of moisture in the environment of Belmont textile mills increased the static electricity charge in the cotton, which caused the fabric to harden and darken. The carrier system increased the humidity in the environment and stabilized it to a desirable level, which eliminated the problem. The first foreign customer of the new carrier system was a textile factory in Yokohama, Japan, which purchased the system in 1995.
Today,
Carrier innovations are found all over the world and in almost every aspect of daily life. Regardless of the weather, we create comfortable and productive environments. We protect the global supply of food by maintaining the quality and freshness of food and drink. We guarantee health and wellness
With the possibility of proper transportation and delivery of vital medical equipment in precise conditions. We offer solutions, services and training to lead the green building movement.
These are just a few of Carrier’s ways to become a better place to live, work and play.

Carrier Company is the largest manufacturer of air conditioning and cooling facilities in the world.

The company is part of the United Technologies Corporation Holding, based in Florida. Carrier was founded in 1915 as an independent American company, manufacturing and distributing heating, air conditioning and air conditioning (HVAC) systems, as well as commercial refrigeration equipment and food services. As of 2018, it was a $ 18.5 billion company with more than 43,000 employees in 170 countries on six continents and joined United Technologies in 1979!
Carrier Biography
Biography of Willis Howland Carrier
Born November 26, 1876, in Angola, New York
He received an engineering degree from Cornell University in 1901
He started his career at Buffalo Forge in 1901
The world’s first modern air conditioning system was designed in 1902
Design of a psychrometric diagram in 1911
Carrier Engineering Company was founded in 1915
Honorary Doctorate from League University (1935) and Alfred University (1942)
He died on October 7, 1950 in New York City
In 1985, he entered the Hall of Fame of National Inventors
As one of the 100 most influential people of the twentieth century according to TIME magazine in 1998
Carrier Company Logo
A lifelong lesson
Willis Carrier grows up to take on one of the most challenging human challenges – controlling the interior. As a child, however, he had difficulty understanding the concept of deficit. Understanding his struggles, his mother taught him to cut whole apples into fractional pieces of different sizes.
He later said that this lesson is the most important thing he has learned so far because it teaches him the value of smart education.
Carrier enables industries to flourish
The invention of the “father of air conditioning”, the invention of Willis Carrier, created the myriad industries that empower our economy today.
It was possible to make everything from baked goods to air conditioning until the war. Air conditioning directly led to the siege of summer movies as people flocked to cold-blooded cinemas to escape the heat. Precise control of temperature and humidity by his invention is possible even shopping malls, flying across the Atlantic,
And computers and servers that power the Internet.
Bring comfort to the world
Willis Carrier early identified climate, comfort, and production as the value of air conditioning. From the beginning, he began to develop a network of international retailers, distributors and customers.
Success with initial installations in Europe and Asia marked the global application of air conditioning across international borders.
Maintain Carrier Perspective
Willis Carrier’s legacy Today, as the company he founded, he continues to innovate the industry and shape the world in which we live. Carrier leads the industry with energy –
Efficient products and production methods. Every day, Carrier brings productivity and comfort to the world through new innovations – all made with energy efficiency and sustainability.

The whole van has not been without carrier handbooks!
Carrier Handbook Download Link 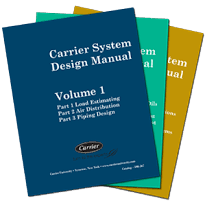